Tiffany + Dustin, Under a Firework Sky 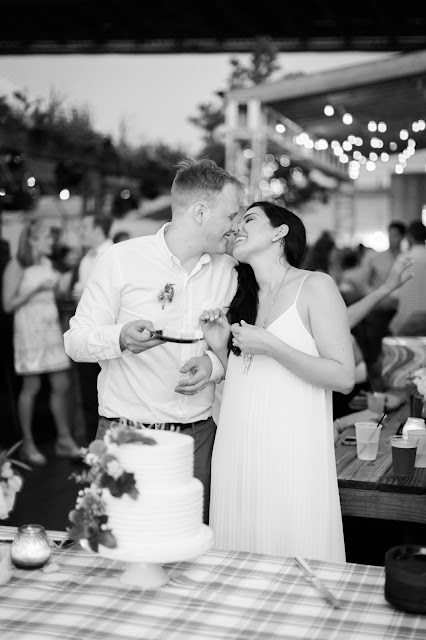 Tiffany and Dustin were married at the Race Street Pier with a soaring view of the Ben Franklin Bridge on a perfect May evening.

Love Story
The couple first met when they were only 16 years old. Dustin had recently joined a band, and it was at their first after-school practice, that he saw Tiffany for the first time, she just so happened to live next door.

Tiffany’s first impression of Dustin, was that he was “amazingly attractive and charming.” Thinking back on that day, she says, “he was so funny, at times in the most annoying ways possible, and he had a smile so contagious that even when he was being annoying, I couldn’t help but smile too.” 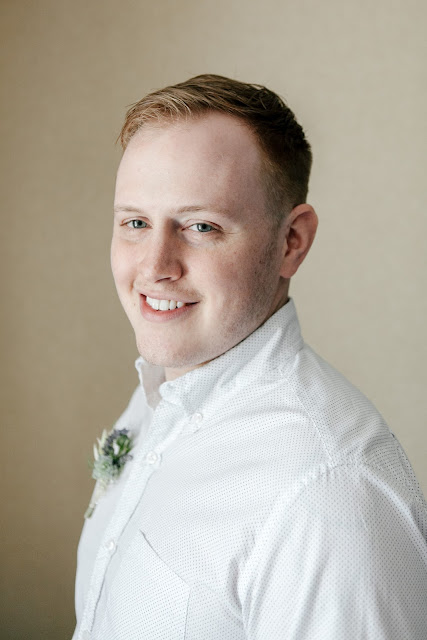 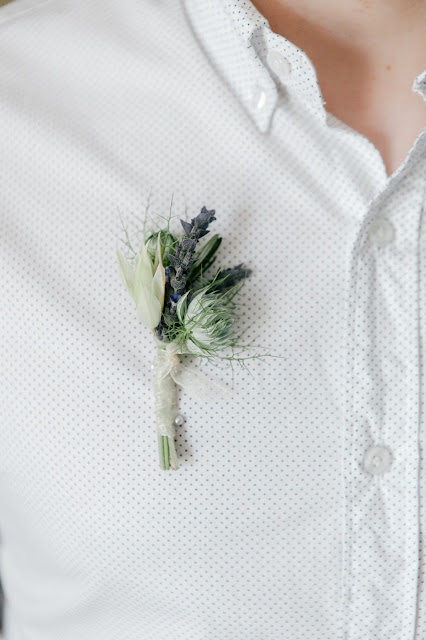 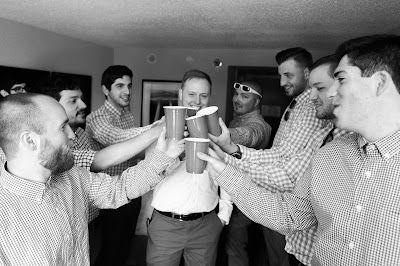 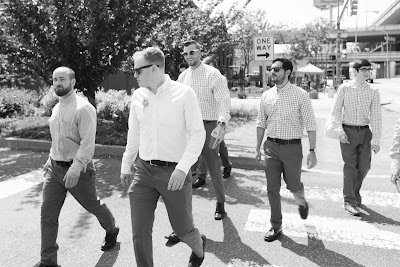 As they got to know each other, Dustin and Tiffany discovered that they had both gone to the same school, “basically all of their lives”, but Tiffany was in the grade above Dustin, so their paths hadn’t crossed until this fateful day.

Tiffany and Dustin developed a deep friendship over the next few years, and saw each other almost everyday. Dustin remembers, “I thought she was absolutely beautiful, but at the time, I didn’t have the nerve to initiate anything more than a friendship. From here we became great friends, and always seemed to have an inexplainable spark in our friendship.”

They had many moments when they each felt the pull toward something more than friends, but time after time, when these moments would present themselves, they would talk themselves out of being bold. They had become best friends and didn’t want to do anything to jeopardize their relationship.

At one point after they both graduated from high school, they had their first kiss. Dustin remembers an awkward peck on the lips, “it was probably the worst kiss ever.” The two friends decided to carry on as if the awkward kiss never happened. 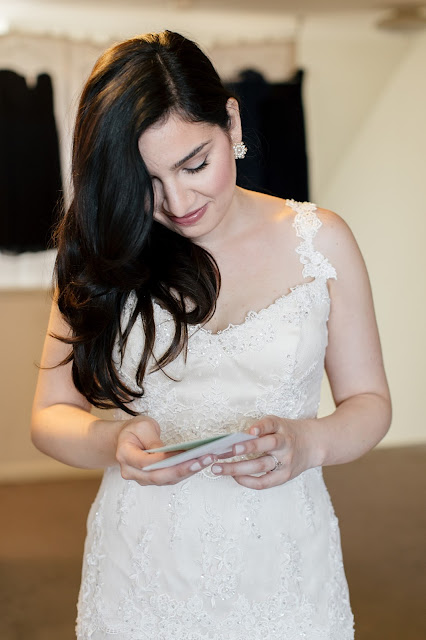 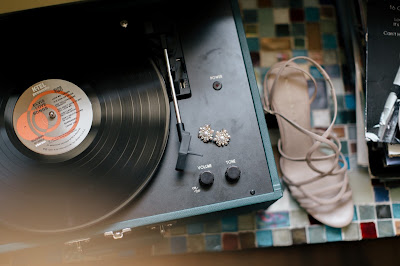 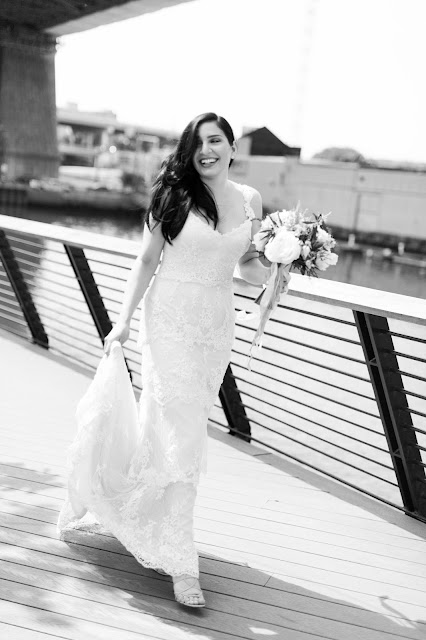 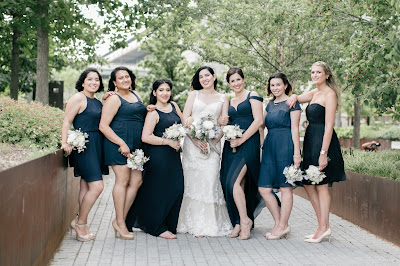 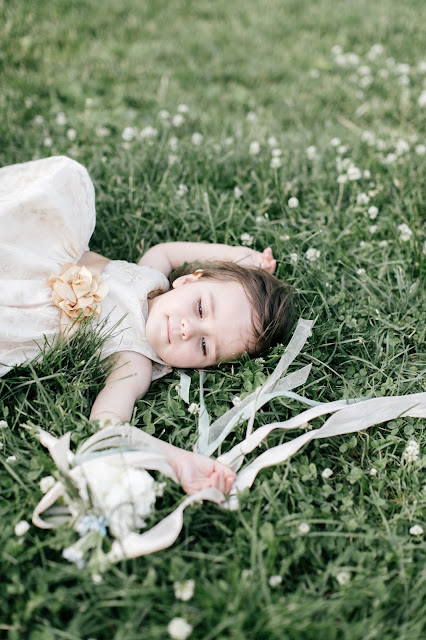 “We spent so many nights together since we met,” Tiffany says, “where I would laugh until I literally thought my chest would burst. I felt like he was someone who I could tell anything to, without fear or judgment, and someone I could truly be myself around.”

Eventually, the stress of a major life change--Tiffany was moving to Philadelphia to attend Temple University-- propelled Dustin to make a bold move. On July 4th, 2009, up at Fraggle Rock, under a firework-lit sky, Dustin told Tiffany “how he had always felt” and then he kissed her. For real this time. It was like one of those first kisses you see in the movies. Starting that night, their relationship status officially changed…and not one of their friends were surprised. 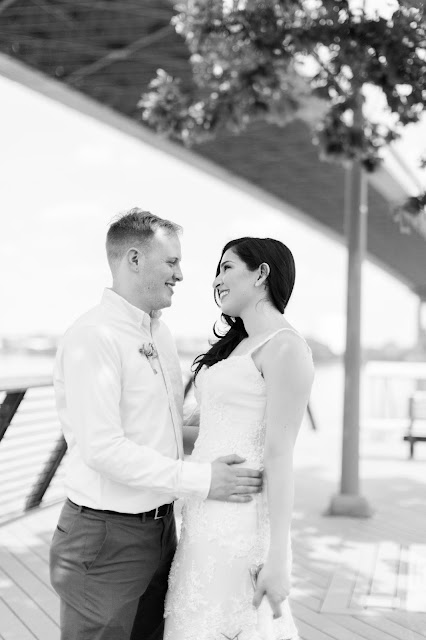 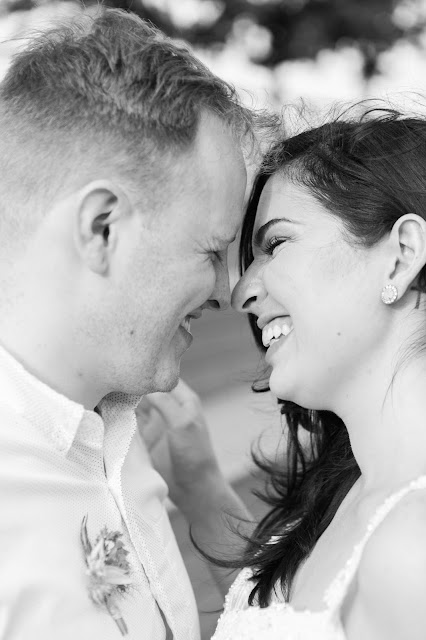 Once they started dating, Dustin says his “feelings became even clearer”—he “knew that he never wanted to be without Tiffany." The following year, Dustin enrolled at Temple too, and they’ve been in Philadelphia, ever since.

Since that kiss, six years ago, life has brought many changes. Last year, they moved in to a place for just the two of them, and became the proud parents to Zoey and Sebastian, their two spoiled cats and Bones, their dog. Dustin says, “My hope is for us to spend as much time together as we possibly can, and to enjoy every moment of it with ourselves, our family and our friends.” 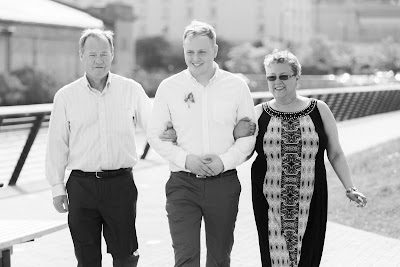 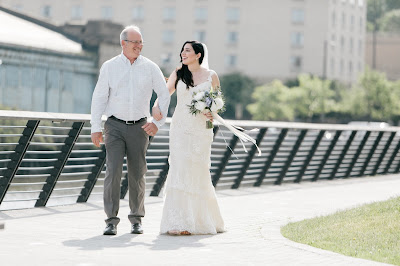 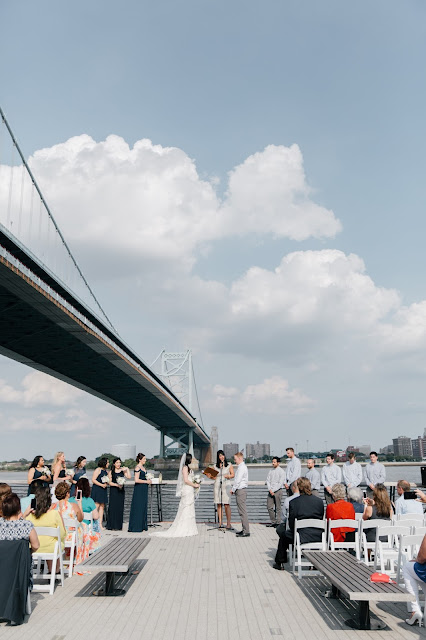 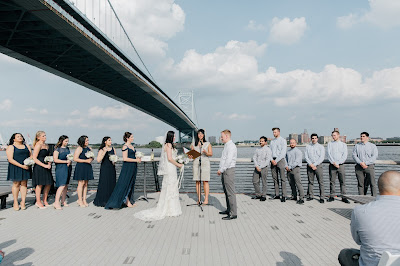 After their intimate ceremony where seven loved ones each read a blessing as Tiffany and Dustin took their first steps into married life together, Tiffany changed into her second dress and everyone walked down to Morgan's Pier for a lively dinner celebration hosted by the newlyweds. 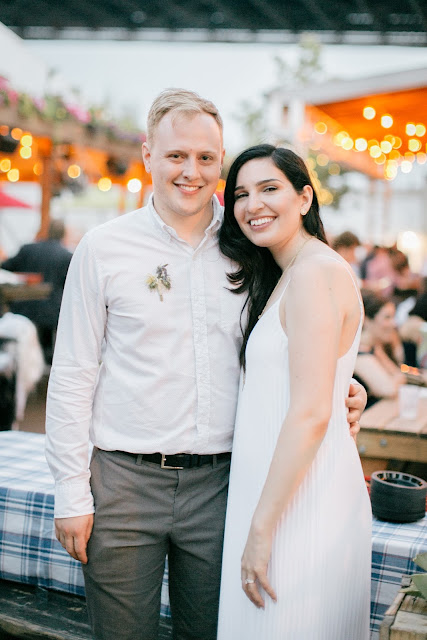 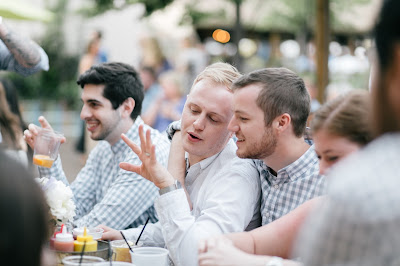 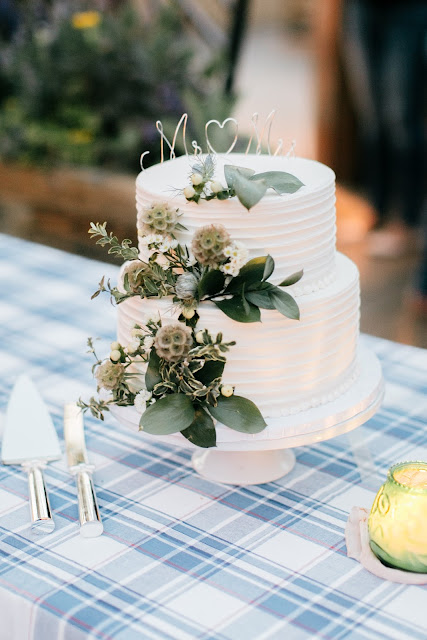 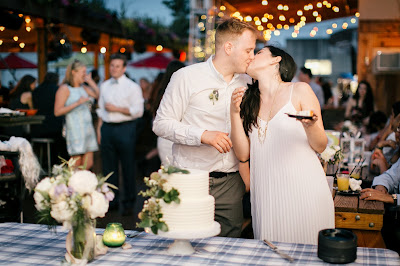 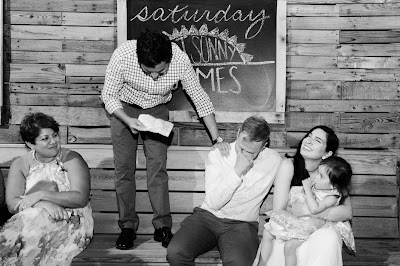