Katherine + Phillip, Made Of Star Stuff 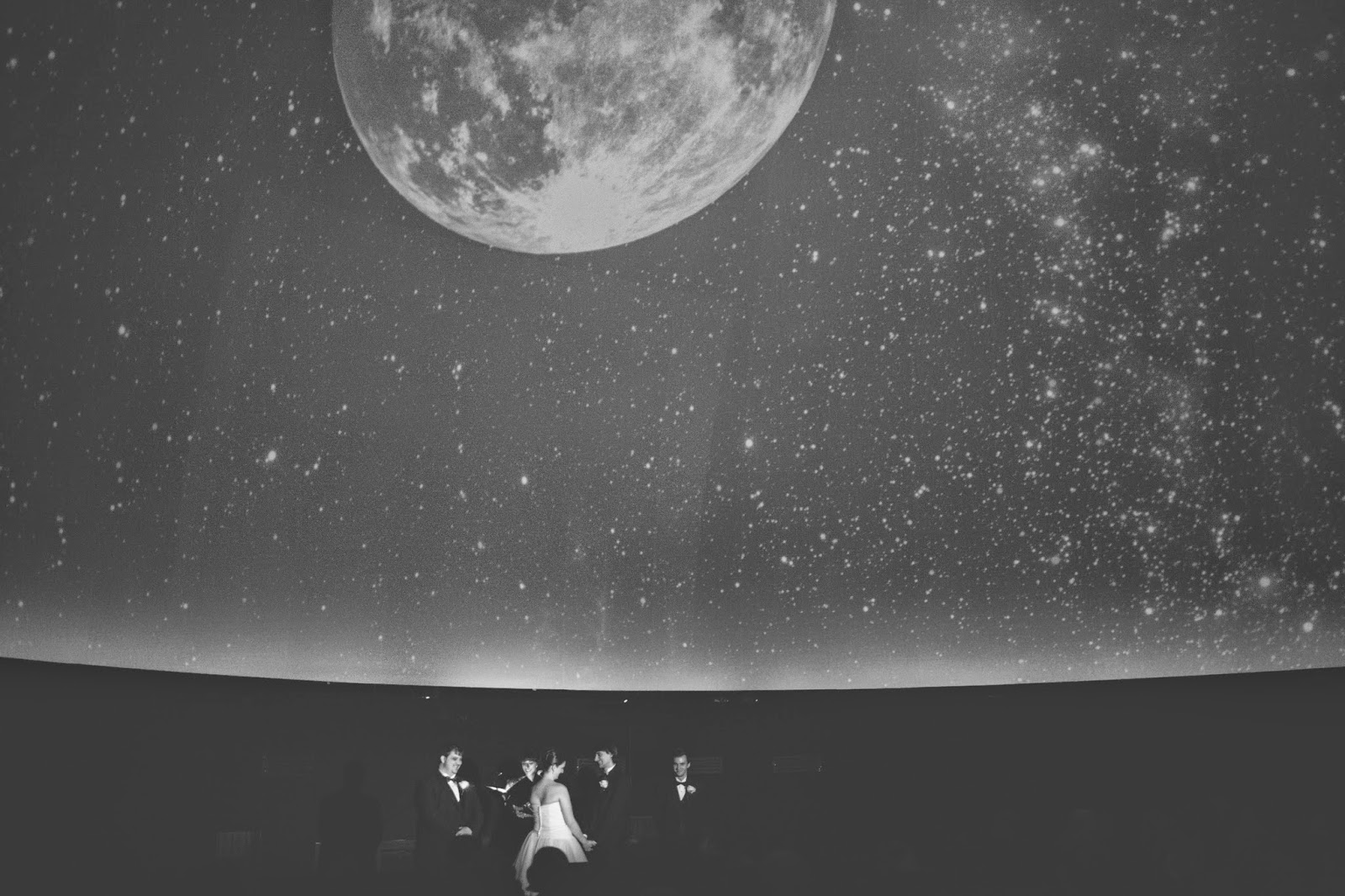 The American astronomer and astrophysicist, Carl Sagan is known to have said that, “the nitrogen in our DNA, the calcium in our teeth, the iron in our blood and the carbon in our apple pies were made in the interiors of collapsing stars. We are made of star stuff.”

For Katherine and Phillip, two self-proclaimed nerds, a wedding under the stars was just the thing. The couple, who first met as freshman at Carnegie Mellon University, exchanged vows at the Fels Planetarium and celebrated the start of their marriage at Philadelphia’s science museum, the Franklin Institute. 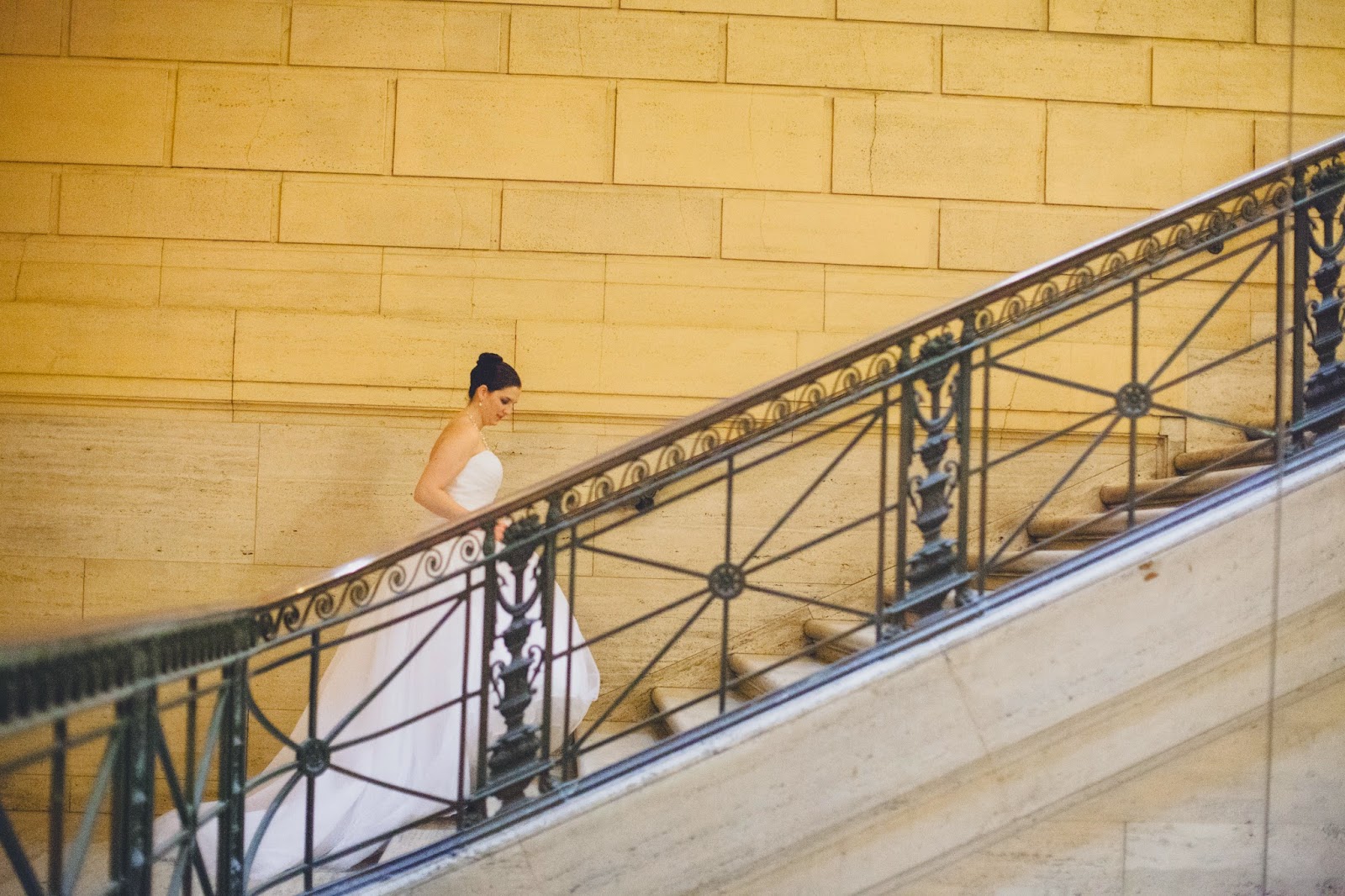 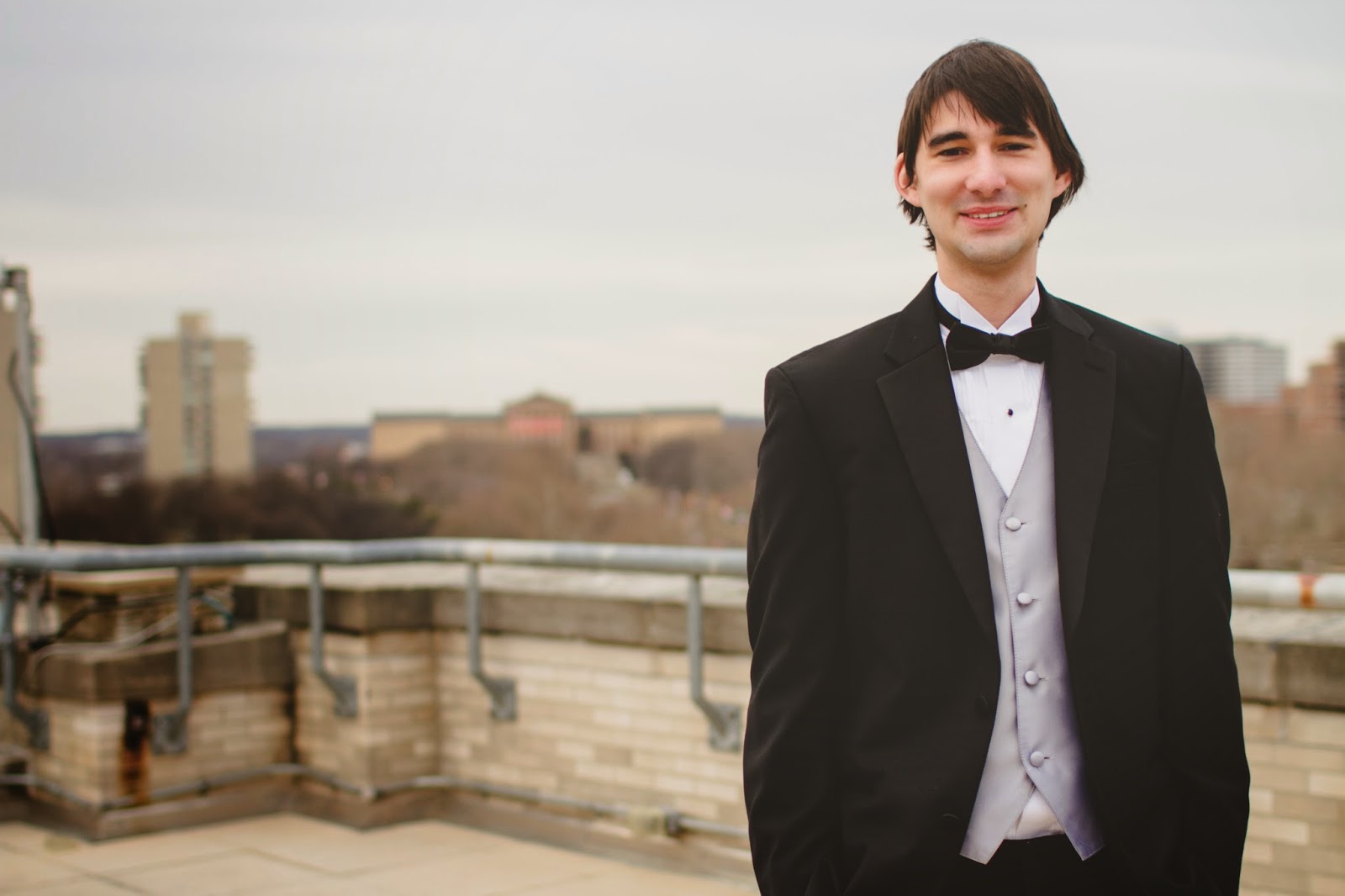 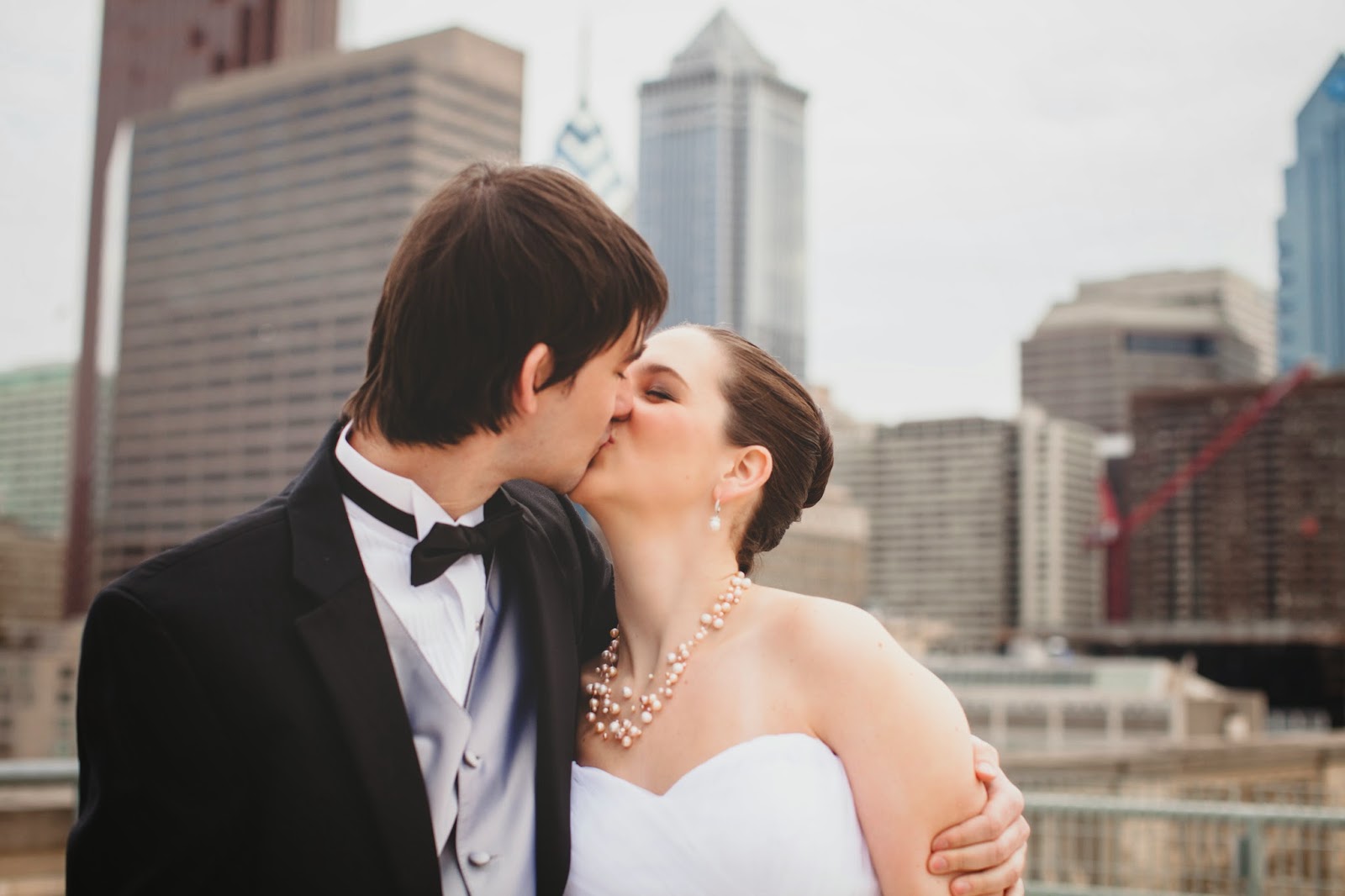 Through the course of their relationship, Phillip and Katherine figured out how to pursue their education and career goals, all the while planning on a future together.  Katherine says that during those talks about grad school and summers spent apart, “there was never any concern about us not taking the next step together…it was always just going to be and nothing ever made me think differently.” 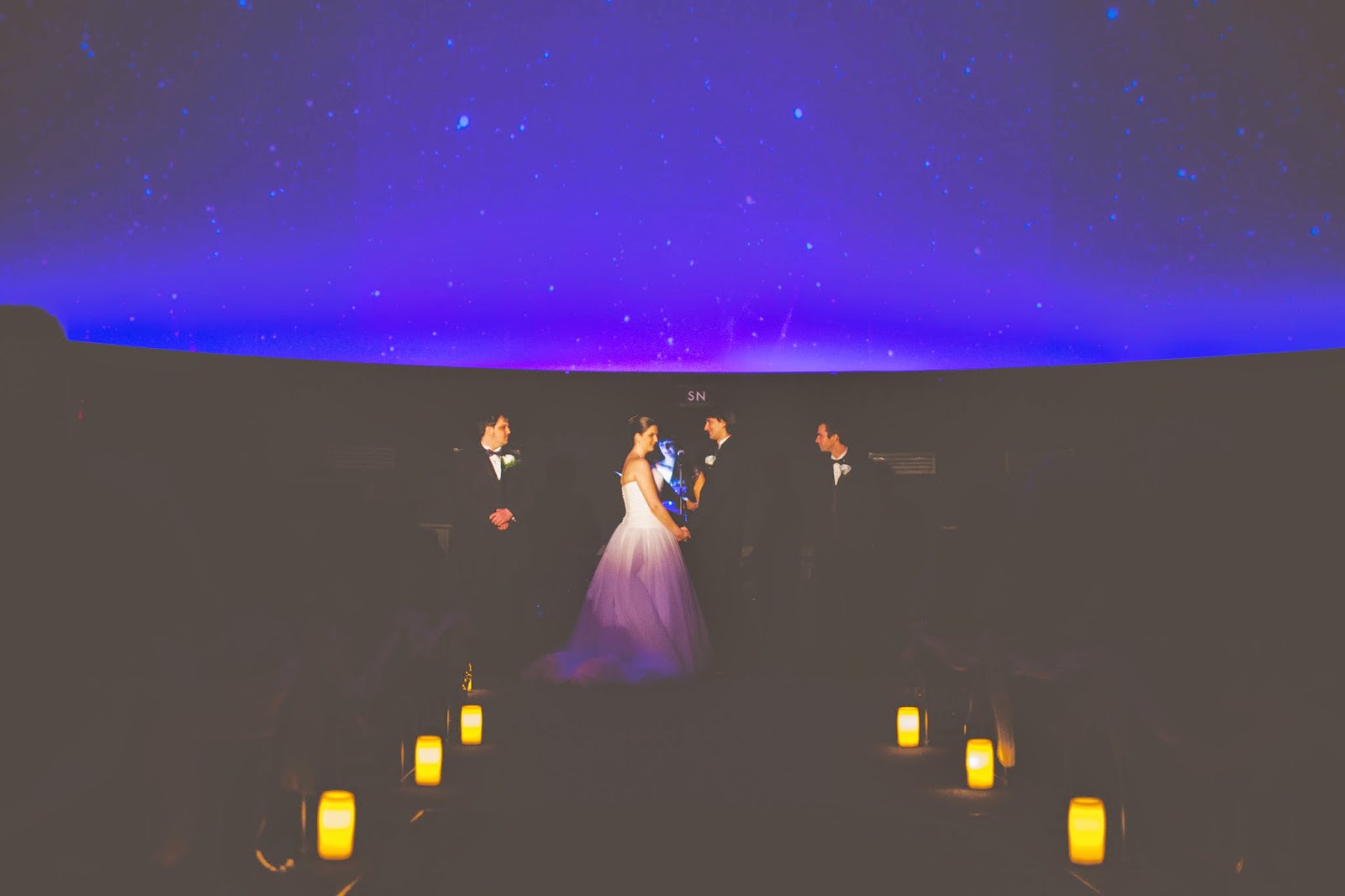 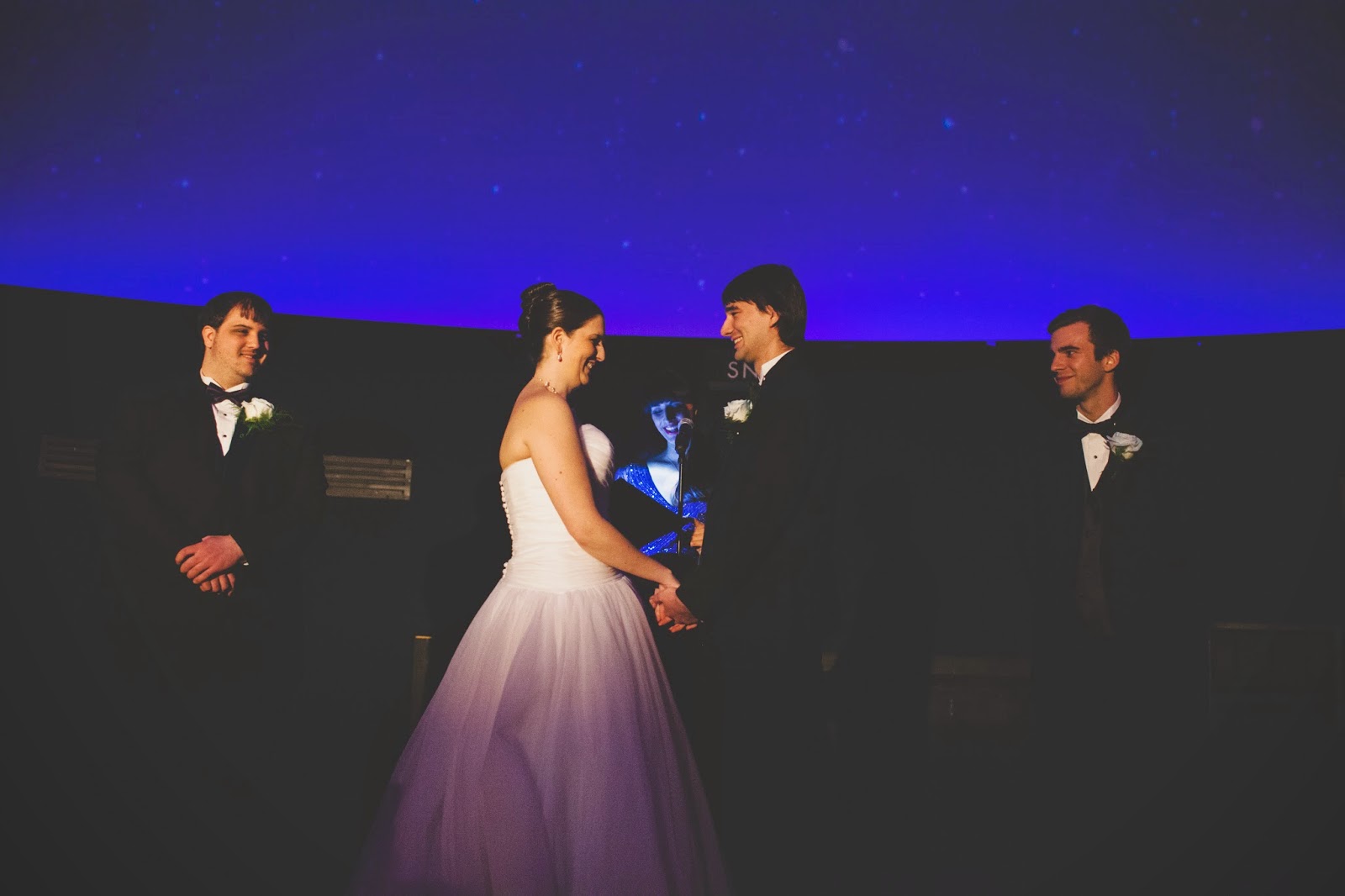 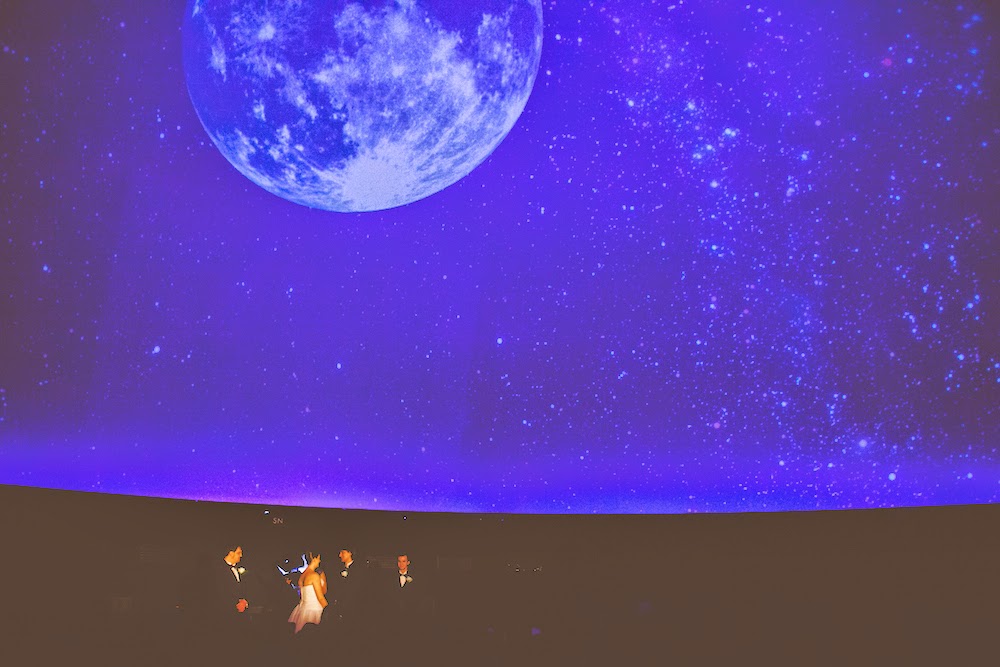 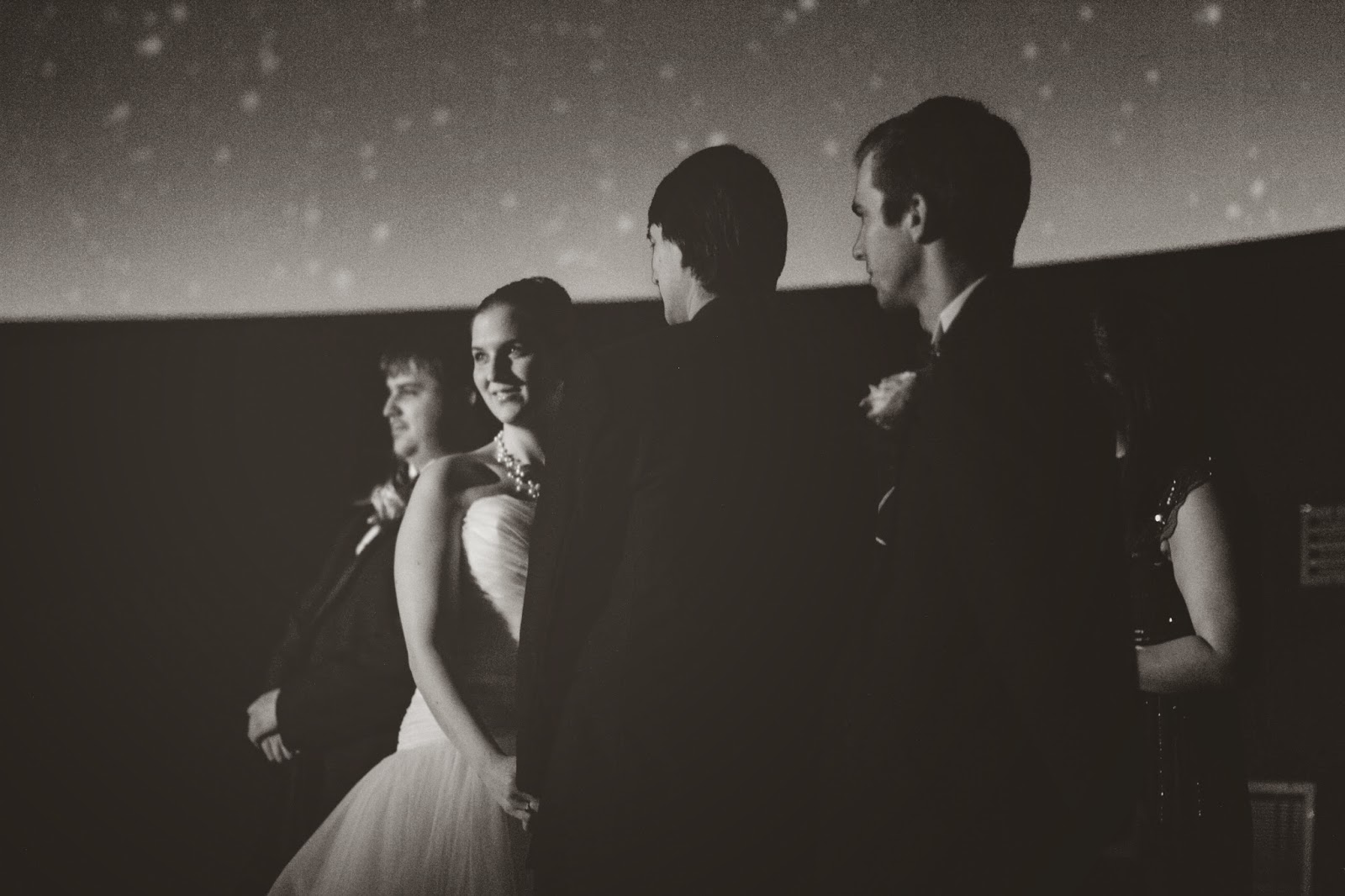 Their ceremony included a reading of Edward Monton’s A Lovely Love Story, tributes to Mobot racing and romantic days spent meandering through museums, and concluded with seven wishes for the couple under a canopy of shooting stars.

Among the most spectacular sights of the night sky are shooting stars. Legend has it that wishing upon a shooting star makes the wish come true.

That legend is believed to have originated when Greek astronomer Ptolemy, wrote “the gods would occasionally, out of curiosity in human affairs, peek over the edge of heaven and sometimes, stars would slip out of this gap, becoming visible as shooting or falling stars.

In that instant, since the gods are already looking at us, the rift between their realm and this one is momentarily opened and they can hear anything you say to them. But you have to state your wish out loud while the star is still flying through the sky. Because, when it disappears, the opportunity is lost.”

The proper name for a shooting star is a meteor. A meteor is a tiny piece of space dust that heats up when it hits the Earth’s atmosphere. This collision causes the debris to glow brightly and create a shimmering trail of gases. Surprisingly, shooting stars appear every night, whether or not we make ourselves available to see them.

In an attempt to witness one of the handful of major meteor showers which happen each year, Phillip and Katherine, on more than one occasion, have taken their blankets, cameras and open hearts into a field to watch the night sky.


We can extrapolate lessons about love and marriage from what experts recommend star-gazers do to increase their chances of witnessing this beautiful celestial phenomena. Maybe the legend about why we wish upon stars, gleans it’s advice from this: If we approach our hopes and dreams for the future in the same way we intentionally go out to see a meteor shower—set aside time, prioritize comfort and nourishment with an eye on endurance, seize the moment when the conditions are finally right, keep our hearts open and orient ourselves in the right direction—wishes are fulfilled.

For many, the act of wishing on a star is akin to offering a prayer. And as Phillip and Katherine take your first steps together as a married couple, I offer you these wishes for a blessed life…

Carl Sagan is also known to have said, “For small creatures such as we, the vastness [of the universe] is bearable only through love.” Having found that with Phillip, Katherine says that they “never want to let that go.” 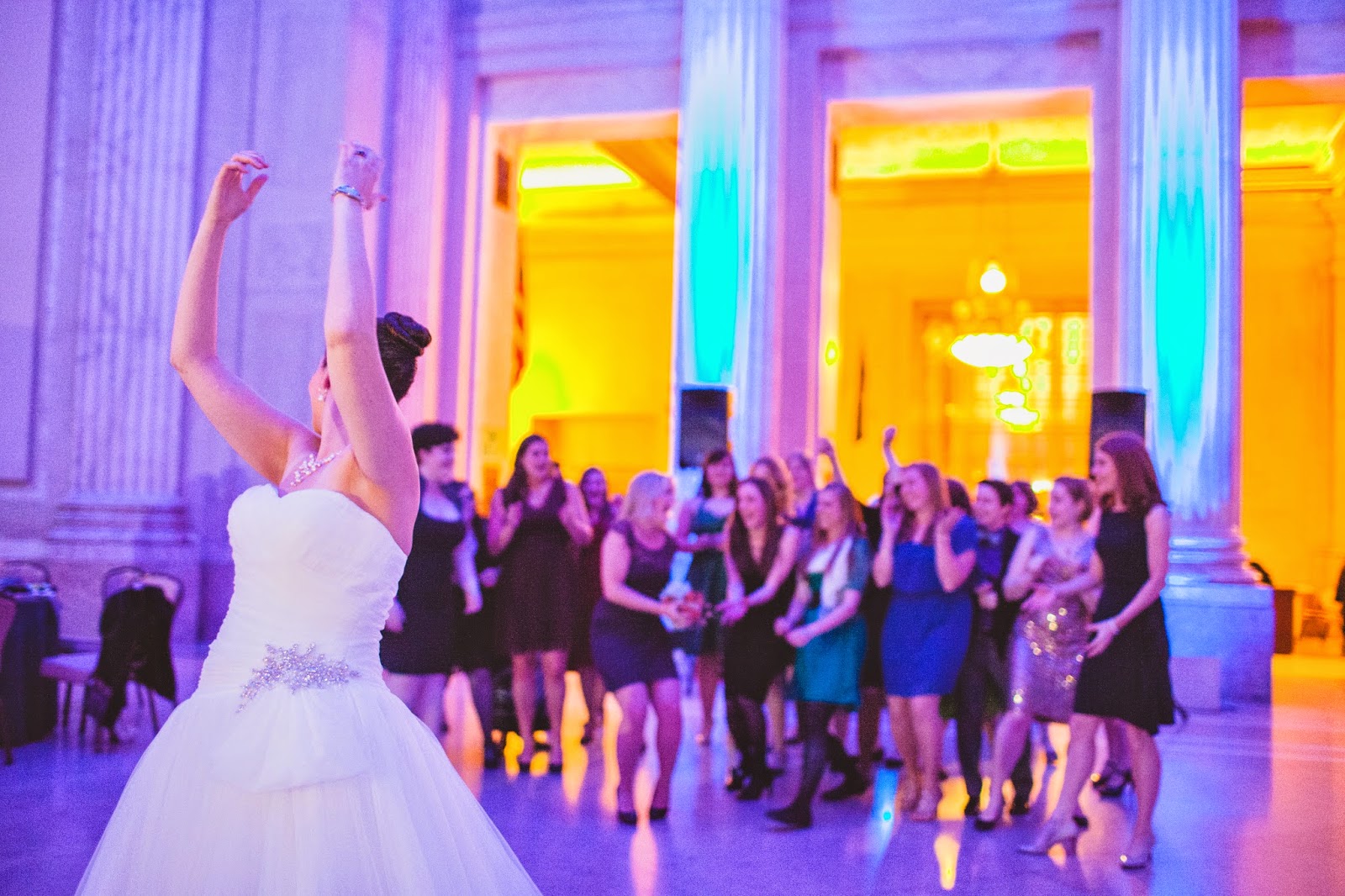 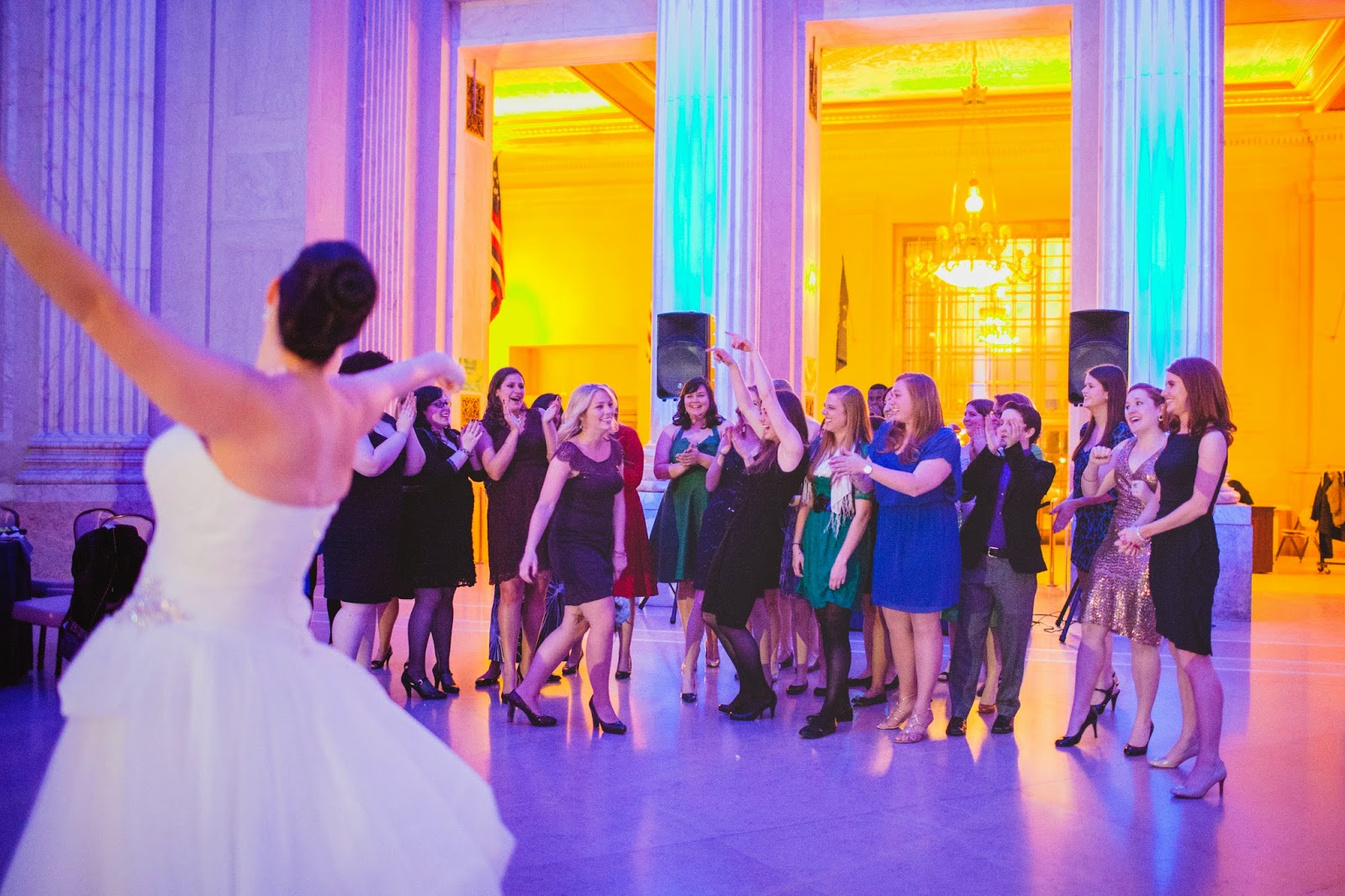 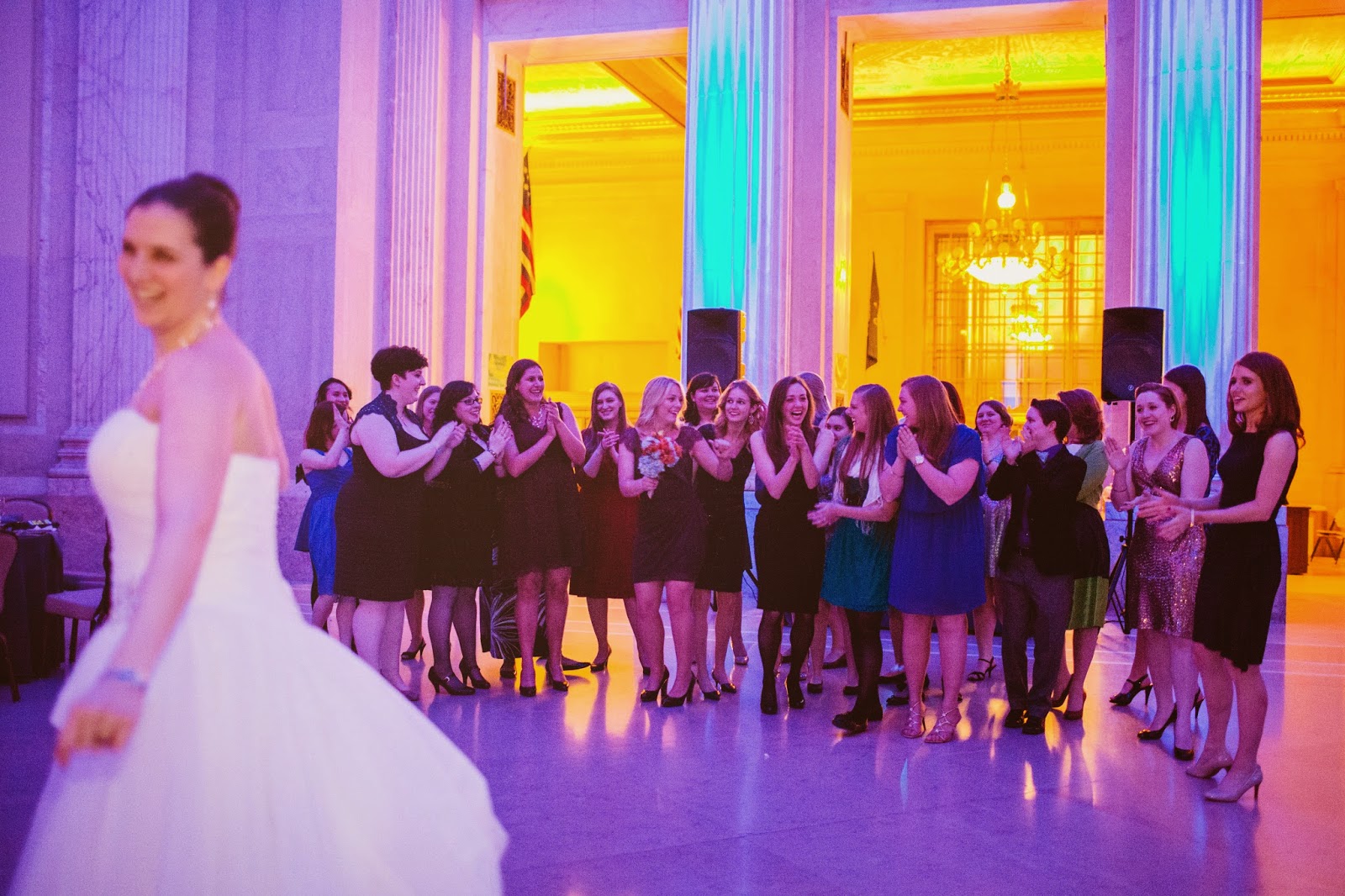 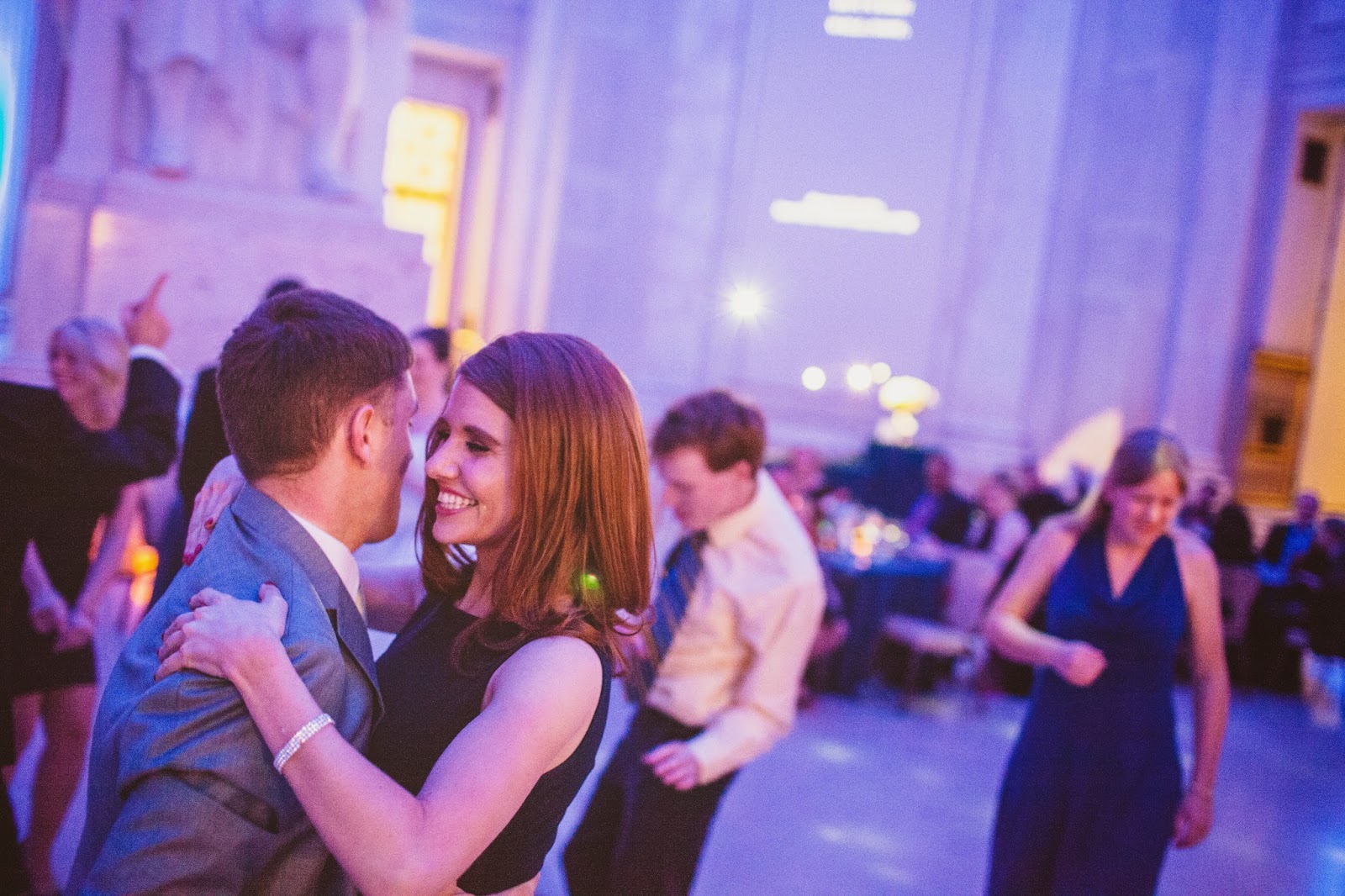 And a special thank you to Simon at The Fels Planetarium, who helped to visually illustrate all of the well wishes friends and family had for Katherine + Phillip as they start their married life together, by arranging the viewing of Henry Jun Wah Lee's breathtaking time lapse video of the 2010 Geminid Meteor Shower from Evosia Studios.