Hannah + Brian, More Than Anything

Two years ago, when I asked Hannah what she wanted her ceremony to communicate, she said, "I love Brian more than anything and want that to be reflected to our friends and family who will be attending our wedding."

In the end, their ceremony did just that. Brian's father played the guitar and sang as Hannah came up the aisle. They brought a rock from the Loyalsock Trail, where they had enjoyed many Sunday hikes when they were falling in love, and held on to it when making their vows to each other, setting their promises in stone. They had seven blessings bestowed upon them as they took their first steps into married life together, all while loved ones festively showered them with birdseed in the aisle.

Brian and Hannah live in Jackson Wyoming and just celebrated their first anniversary. Hannah sent me this message and it made my heart smile for them. 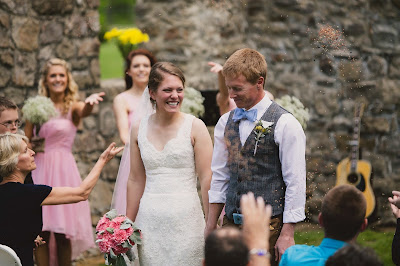 "Just wanted to let you know that my favorite part of Brian and my anniversary was reading the letters we wrote to each other a year ago while eating an ice cream cake with our pups! Thank you for helping us to start such a meaningful tradition! We even found birdseed when we opened our box!"

I hope Hannah and Brian leave the birdseed in their Anniversary Box so they can have another reminder of this particular moment in all their many years to come. 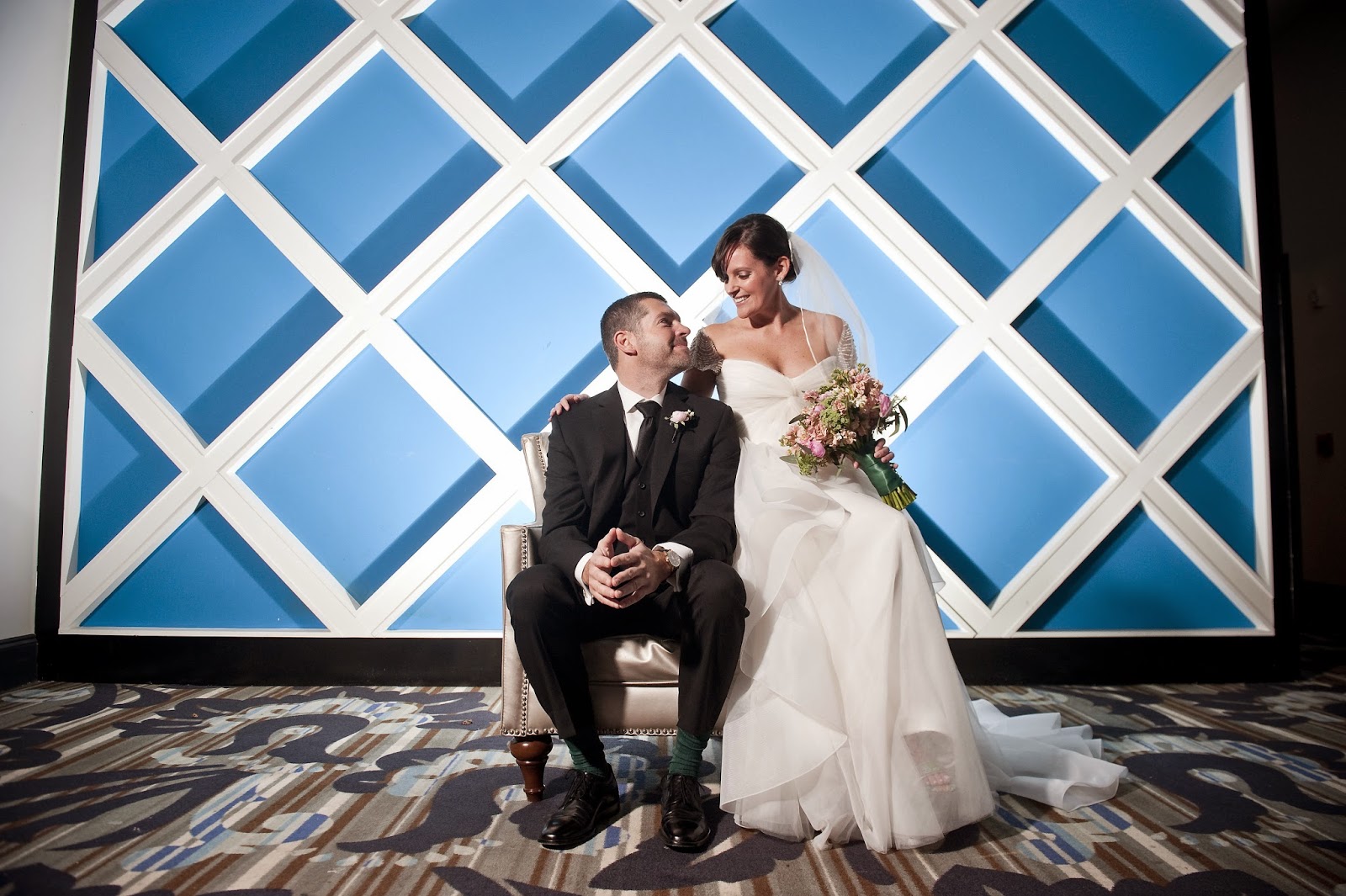 Branden and Carly were married this November at the ultra chic Vie in downtown Philadelphia. Family and friends traveled from across the country to witness the official start of Carly and Branden’s branch on the family tree. Although both the bride, groom and their families are Catholic, Carly and Branden wanted their ceremony and celebration to be in one central (and fabulous) location while also showing their guests “just how much love we have for each other”.

Since Carly and Branden’s families played such a central role in their love story, we wanted to incorporate and pay tribute to all of those special relationships throughout their wedding celebration too. On their wedding day, there was a thousand little (and some big) elements that communicated “I love you” to those closest to them. From the handmade programs (designed by Carly’s nieces), and the family handfasting in the ceremony to the family tarantalla at the end of the night, everyone present knew that their friendship was cherished by the couple. 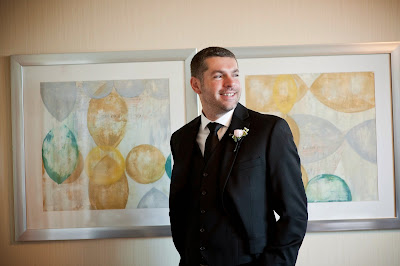 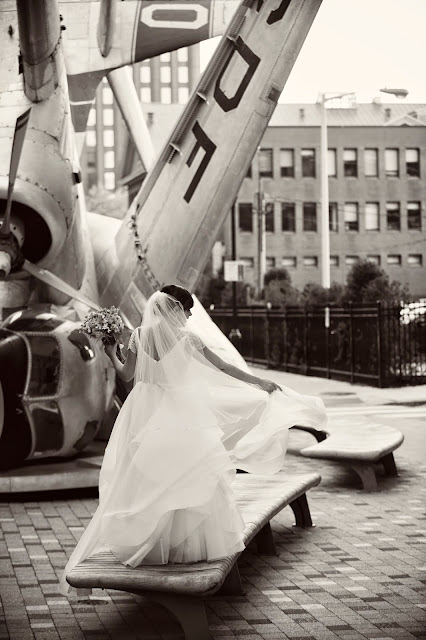 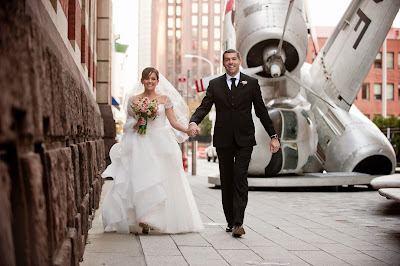 Carly and Branden met on a warm October night back in 2012, on the roof of Branden’s brownstone apartment building. At the beginning of the night, Carly remembers that she and Branden introduced themselves to each other, “and over the next few hours kept finding their way back” to each other through the crowd. Even though they had both felt a spark and “talked at length” throughout the night, when the evening was over, they both went their separate ways. Carly shares that “by Sunday afternoon, the nice guy from the roof hadn’t left my thoughts” so she reached out to a mutual friend for help. Monday night, she sent Branden a message, and within a few days, they were planning their first date—for that weekend. Their first date lasted eight “wonderful hours.”

Just a couple weeks later, during the Christmas season, Branden says he fell in love with Carly. But it was when he met her whole family at Easter a couple months later that he knew he wanted to be with Carly in a forever sort of way. 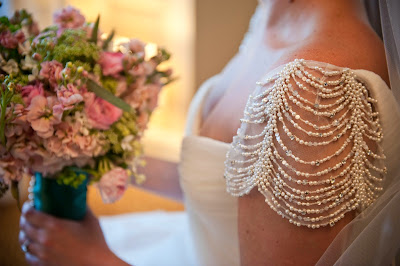 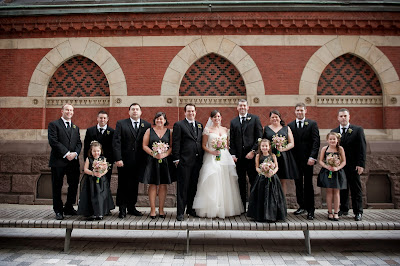 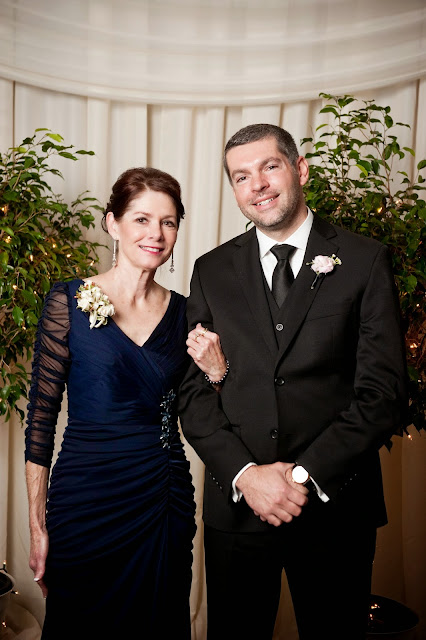 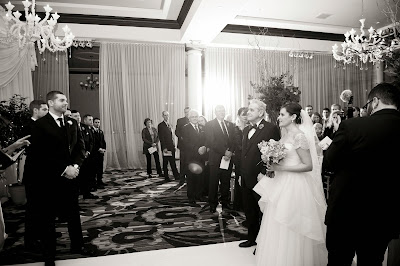 “Carly’s entire family has such an incredible way of making me feel welcomed and loved. Her family is generous, absolutely fun-loving and incredibly genuine.” Branden shares, “These are all the traits I had seen in Carly, but after seeing that the rest of her family shared these characteristics, I felt overcome with love and happiness.”

Carly realized too, that what she and Branden had was special, something that came around once in a lifetime if you were lucky. With Branden in her life, Carly remembers her dreams started changing--dreams that had once been vague and fuzzy suddenly came into clear focus and bright with color--it was Branden she saw in her visions for the future.

Last year, in February, Branden and Carly were at her parent’s house spending time with family. After finishing up dinner and celebrating a few birthdays, Branden enlisted the assistance of Carly’s nieces for a special surprise for Carly. 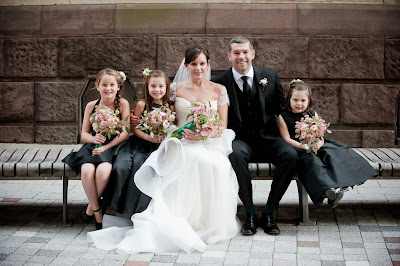 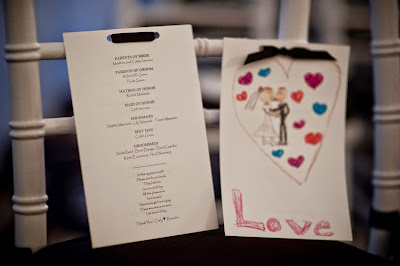 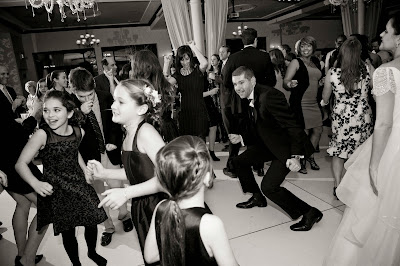 One at a time, they came up to Aunt Carly, tapped her on the shoulder and said, “I love you”. Then it was Branden’s turn, there in the kitchen, surrounded by her whole family, Branden tapped Carly on the shoulder, said “I love you too”, knelt down on one knee and presented her with the diamond ring that had been burning a hole in his pocket the whole night. He said that he “couldn’t wait one more minute to ask” if she would marry him. Surrounded by her family, she agreed that they should spend their lives together. 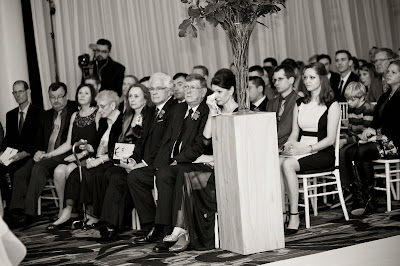 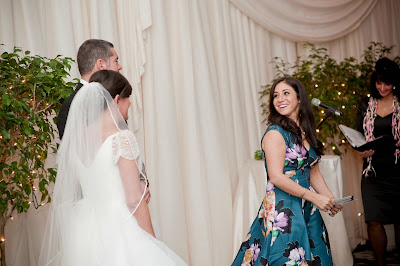 Family Handfasting
To honor the important role that their family plays in their hearts and lives, Carly and Branden decided to put their own twist on the handfasting tradition. They invited four family members, each who embodied an attribute or value they considered most important for their own marriage, to participate in the handfasting. The attributes they identified were Friendship, Laughter, Adventure and Encouragement. Each admired family member placed a braided ribbon over the couple's clasped hands while saying aloud their blessing for the marriage. 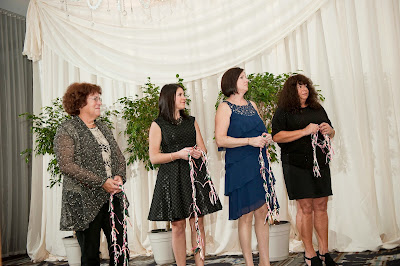 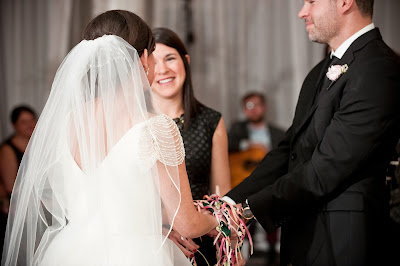 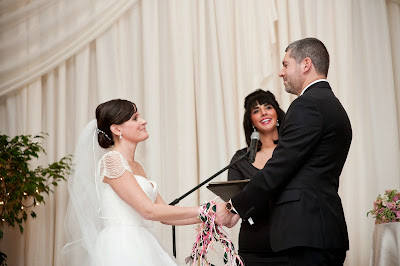 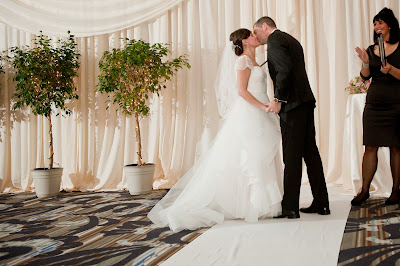 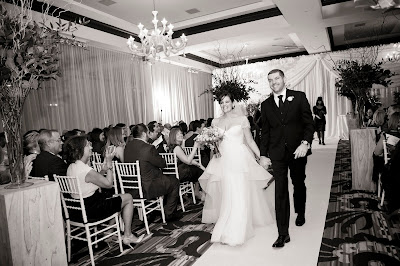 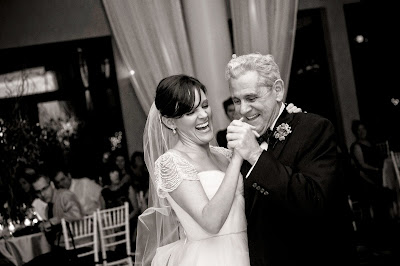 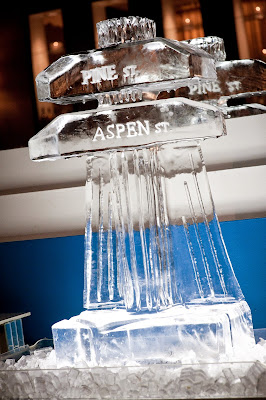 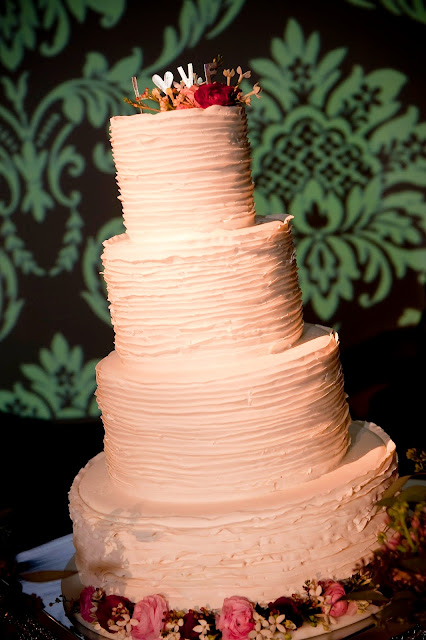 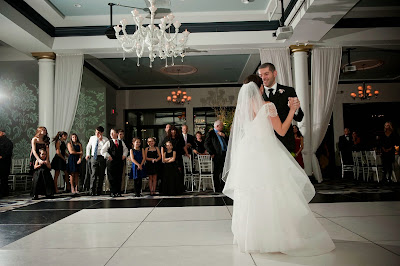